Kerry Simon’s Carson Kitchen, located in downtown Las Vegas, is one swanky-cool hangout. In a metropolis where billion dollar casinos, with their financial resources, have ruled the culinary landscape utilizing their "celebrity chef" collections, Kerry Simon and friends have ventured into the abyss of forgotten Las Vegas, to reinvent themselves and give great reason to explore the redevelopment of the East Fremont District of Downtown Las Vegas.

In 2014, the John E. Carson Hotel, yes you read that name correctly, located at the corner of Carson and 6th Street, in Downtown Las Vegas, was re-purposed into a multi-tenant commercial enclave. Hey Manhattan and Santa Monica, there’s a new place to “live-work”! Gone are the forlorn one-night-stay (if at that) hotel rooms, in are today’s digital media artist in their creative dens. The bottom floor of this former two-story mid-century hotel is now home to a Pilates studio, a boutique florist shop and several culinary offerings including Kerry Simon’s Carson Kitchen.

Like a fall fashion shoot, I set up shop for the day at Carson Kitchen to photograph Executive Chef Matt Andrew’s newest food creations for the forthcoming winter menu. Food photography is no different than photographing people; some take good direction from you, some have good & bad sides and some, well - keep your day job. Chef Matt Andrew’s creations not only behaved on-camera during the food photography shoot, they behaved equally as well after the shoot …in our mouths. Food never goes to waste on a food photography project. I often tell people that I enjoy photographing simpler foods that need no explanation, or accompanying item description, as great food should speak for itself. Take for example Carson Kitchen’s Pork Belly Carbonara with crispy egg yolk and Parmesan [pictured] – here’s a perfect example of a classic comfort dish that needs no introduction. The flavors and presentation of this now classic Carson Kitchen entrée exceed any previous version you’ve ever indulged in ...and I do mean EVER! Now let's get into the Chili Cheese Dog Flat Bread. Seriously? Yes, it rules! Did I mention the Veal Meatballs with sherry foie gras cream and the “secret” Baked Mac & Cheese? Sure I mentioned it, in the last sentence …trust me and order both without a second thought. We photographed a number of cocktails too including “The Towns End” [pictured] with Slow & Low Whiskey, Fernet Vittone, Amaro del Sole, Regan’s #6 and Angostura Bitters. Sadly we didn’t indulge after taking their yearbook photos, as far as anyone knows.

Quietly, with great passion and diligence, Carson Kitchen has earned its place in the top ranks of Las Vegas’ local culinary scene. Carson Kitchen is not about over the top haute cuisine rather it focuses on serving fantastic traditional dishes, immersed in an atmosphere of urban elegance at comforting prices. In 2014 Kerry Simon’s Carson Kitchen was recognized by Gayot as one of the "10 Best American Restaurants in Las Vegas", Vegas Seven magazine gave them "Best New Casual Restaurant" honors, in addition to Kerry's "Lifetime Achievement Award" and Eater Vegas nominated Carson Kitchen for "Best New Restaurant in Las Vegas".

Carson Kitchen is not “one to watch” (what a tired cliché), it’s simply one to experience in your finest vintage t-shirt while your Chucks squeak on the barstool foot rail. Dining tables are typically filled, but in harmony with the proverbial John E. Carson flickering “Vacancy/No Vacancy” sign hanging on the hotel’s façade, Carson Kitchen’s loyal patrons arrive and depart frequently …there’s a payoff to the table wait. 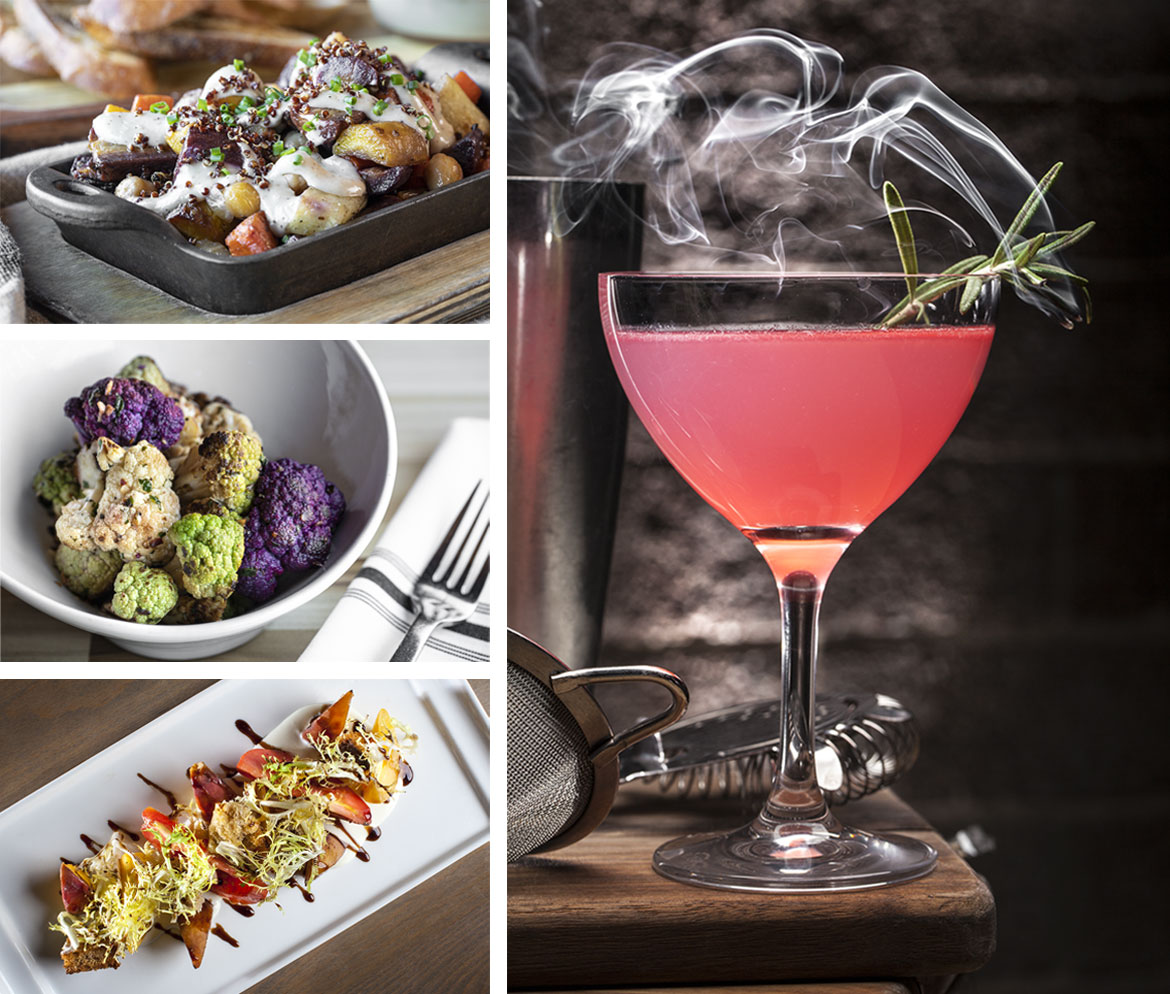 Keep Calm and Kerry On