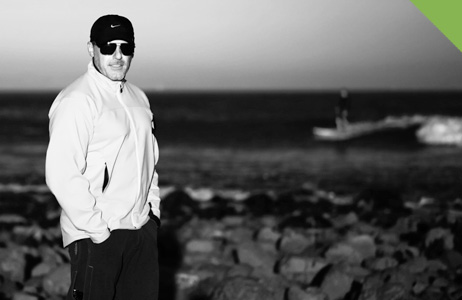 I grew up in Santa Monica, California. Before even owning a camera I was completely enamored with photography. At the age of 9, I received my first camera; I scored a Kodak 110 Instamatic. I even had that extension adapter raising the Blue Dot Flashcube above the lens axis. Prior to that, I was the trustee of the family's Polaroid Land camera. As a young photographer growing up in the Apollo-era, I always thought "Land" meant it was for shooting on land; seemed intuitive to me back then. You see, I really wanted that Hasselblad Moon camera with those "lens paddles", for adjusting the focus, aperture and shuttler speed rings while wearing pressure suit gloves on the surface of the Moon. Backing up, the Polaroid process was invented by Edwin "Land". Now you know.

In the "Spirit" year of '76, my Dad decided it was time to develop (pardon the pun) my interest in photography. For Christmas my father took me to the camera exchange in downtown Los Angeles allowing me pick out a real 35mm camera. With my eyes gazed upon the latest Canon AE1 (that was one bad ass camera, you know it), I walked out humbled (Dad was buying), with a used Petri FT 35mm camera body, lens and camera bag ...and so my dive into true photography began. Not familiar with the brand Petri? Don't fret camera aficionados, nobody is. As a photog, my new motto was "It's not the camera, it's the photographer." Right? If I still had that Petri FT, I'd put it up against any entry level digital SLR of today and BLOW IT AWAY. Film still rules! 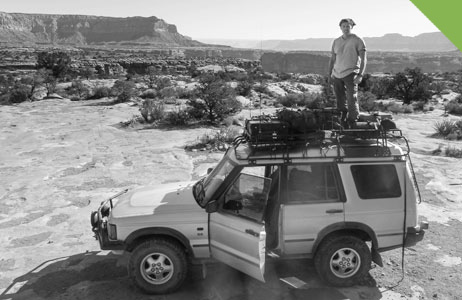 Capturing unique in-camera images is never easy. Although I love digital photography and the ability to post edit on the fly, it's all about being in the right place, at the right time, with perfect lighting and moving quickly to get the shot before you loose that "magic hour" light. Landscape photography for me, is simply that. It's for me. I like to share my images with others, but it's like enjoying a rare bottle of wine ...it's really aobut the memory of the moment, when it happened.

I've been an avid desert backcountry explorer for decades. The ability to pack my rig with all my photographic equipment, survival gear and truly escape to the end of the Earth where no tourists exist is home for me. With all due respect, we're all tourists on Earth, I just like to be the only tourist around.

I can't really explain my passion for the desert landscape to people. They either get it, or they don't. I prefer they don't. That leaves my camera to capture some unique images without me saying "Excuse me, can I ask you and your family to move out of my frame?" Of course I'm always polite with my demanding requests. 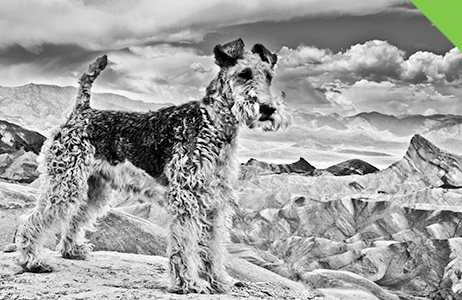 Ask anybody who knows me and they'll tell you "If he's not at home, he's probably in the desert, with Baxter."

Born in Malibu, California, but raised in the desert, my Wire Fox Terrier canine named Baxter doesn't bitch about snakes or scorpions; he hunts them down. After all, the word terror is kinda in his breed's name. It wouldn't be unusual for him to debate a Mojave tarantula as to whose fur is thicker!

Baxter is often the subject of my photos only because he's always at my side. He's the most eco-travelled Wire Fox Terrier on the planet. 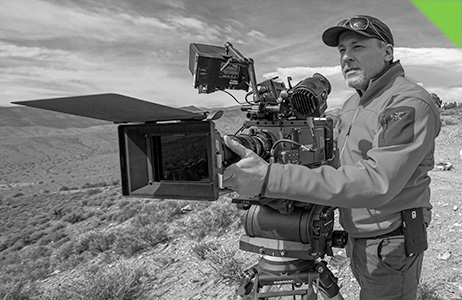 What's better than still images? Lot's of still images moving at 24 frames per second, or even faster! Cinematography is the natural progression from still photography. Most people in the industry have a passion for acting, directing, producing or even story writing. For me, the technical aspects of today's highly advanced digital cinema cameras such as the RED Epic Dragon, Vision Research's scientific Phantom Flex or Arri's latest Alexa excite me most. Capturing unique moving images for the aerospace industry has been beyond my wildest dreams.

Over the past few years, I've had the great fortune to be involved with the emerging suborbital and orbital private space flight companies and their attempt to launch private citizens into space. Along side the research and development of these projects comes the need for visual situational awareness; providing high-speed camera capture by tracking the launch vehicles on their journey to and from space via long range optical tracking. The most visible of these projects, as captured in my behind-the-scenes image gallery "Project Stratos: An Alternate Look".